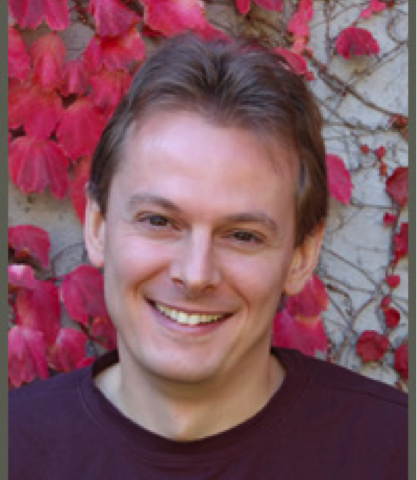 Shane Gunster is a Communications Professor at Simon Fraser University.

Why do you think it’s so difficult to engage with the public about climate change?
There are lots of reasons, but I think one of the biggest barriers to public engagement are the misconceptions that many of us have about what other people think about climate change, environmental politics and living a ‘greener’ life.

What do you mean by the misconceptions we have about what ‘other people’ think about climate change? Where did we get these ideas?
We all know media is powerful. But, in my view, the most powerful effect of media does not consist in telling us, as individuals, how to think, believe or act. Instead, I think it often works mainly by telling us what everybody else is thinking and believing. So I might think that climate change is a problem, but also that most other people are simply too busy with their everyday lives to pay much attention to it. Or I might be willing to make changes to my behavior or lifestyle, but think that my neighbours are not willing to ‘sacrifice’ any of the comforts and convenience of carbon consumerism. These perceptions can reinforce feelings of isolation and powerlessness, which corrode our capacity and our desire to move from awareness and concern to engagement and action.

The most important way of countering these beliefs are through real life examples of people who are actually engaged in alternative ways of thinking and feeling, different patterns of behavior and engagement and inspiring forms of community, politics and collective action.

So our own willingness to act depends upon what we think others around us are willing to do.
Exactly. We end up believing that we live in a world filled with people who are fundamentally self-interested (rather than altruistic or public-minded), competitive (rather than cooperative), and cynical and apathetic about political action to build a better world. And that’s toxic for any kind of individual or collective action.

How can we challenge those perceptions?
The most important way of countering these beliefs are through real life examples of people who are actually engaged in alternative ways of thinking and feeling, different patterns of behavior and engagement and inspiring forms of community, politics and collective action. Their words, ideas and experiences can help us all to realize that the green life is also the good life. And, in doing that, we can also challenge some of the negative stereotypes about what it means to be an environmentalist or live a green life.

What do you mean? What kinds of stereotypes?
Three things strike me as especially pernicious, and these are often invoked by opponents of climate action to attack the environmental movement. First, that environmentalists are fundamentally misanthropic— that is, they care far more about protecting nature than they do about people. Second, that environmentalists are judgmental, dogmatic and authoritarian – that they want to tell other people what to think and how to behave. Third, that environmentalists are angry and depressed— their vision of the future is thoroughly pessimistic, and their emotional disposition is entirely negative, a combination of anger and sadness. Who would ever want to be part of a movement that hates people, is overbearing and self-righteous, and believes in a hellish future of misery and sacrifice?

Good point! How does the film, The Good Life – The Green Life challenge some of these misconceptions?
The remarkable people featured in The Good Life — The Green Life can help shatter these stereotypes and, instead, offer an alternative vision of environmental engagement and sustainability, which is highly attractive on a variety of different levels.

I think the genuine and compelling excitement and enthusiasm of the film’s participants for different elements of a green life helps position behavioural change — at both an individual and a collective level — as, itself, a powerful antidote to the cynicism that can otherwise overshadow how we engage with these issues.

What is different about the people featured in The Good Life – The Green Life?
First, they all clearly place people and, more importantly, community at the centre of their vision of sustainability. Building, invigorating and expanding communities was the single most important goal for everyone that we talked to; it kept coming up again and again, not simply as a means to an end, but as an end in itself. Drawing from their own experiences, our participants spoke eloquently about the enormous energy and creativity that is generated when people have the opportunity to engage with each other, and work together in addressing the challenges that we face.

Second, everyone strongly emphasized the need to be non-judgmental and inclusive in creating a positive and supportive environment for engaging with environmental problems and the need for behavioural change. You don’t have to be perfect, and this was a consistent theme echoed by everyone. The candour and honesty with which participants described the contradictions in their own lives helps demolish the myth that trying to live a green life necessarily opens one up to endless scrutiny about the sanctity of one’s own behaviour and choices.

Third, all participants are clearly aware of the bleak future we face if we do not make some significant changes, but rather than dwell upon the frightening prospect of ‘business-as-usual’, they instead deliberately embraced a much more optimistic and hopeful vision of the future.

Wow, sounds great! So, how do you think the film’s featured participants can help us to think about climate change and the future in new ways?
I think the genuine and compelling excitement and enthusiasm of the film’s participants for different elements of a green life helps position behavioural change — at both an individual and a collective level — as, itself, a powerful antidote to the cynicism that can otherwise overshadow how we engage with these issues. We begin to see environmentalism, sustainable behavioural change, the ‘green life’— whatever you want to call it — as a cure for, rather than a cause of pessimism about the future.

The Good Life - The Green Life is a project of the Canadian Centre for Policy Alternatives, an independant, non partisan research institute concerned with issues of social, economic and environmental justice.